Today, Jim Costa’s re-election campaign announced that he has been endorsed by Democratic Women in Action, one of the key Fresno County Democratic Party’s clubs focused on electing leaders dedicated to passing effective policies and Democratic Party platforms that improve the lives of women, families and children. 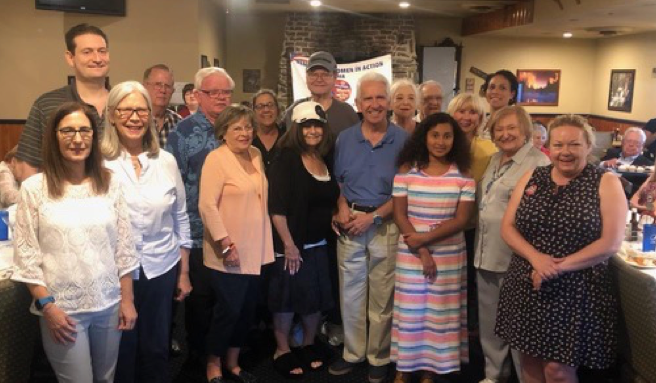 Congressman Costa with members of Democratic Women in Action, who recently endorsed him for re-election.

“We are proud to stand with Jim Costa and support his work delivering for Valley families, women and children,” said Gail Gaston, President, Democratic Women in Action.

The endorsement from Democratic Women in Action comes on the heels of a wave of early endorsements from key Democratic leaders including US Senators Dianne Feinstein and Kamala Harris, Governor Gavin Newsom, and BOLD Democrats, an organization dedicated to electing more diverse members to the US House and Senate.

Jim Costa represents California’s 16th Congressional District, which includes portions of Fresno, Madera and Merced Counties. He was re-elected to Congress in November 2018 by a decisive 15% margin over his opponent. During his service in Congress, Costa has delivered over $290 million in funding for water improvements, over $300 million for veterans’ services, expanded access to higher education, and improved access to healthcare.